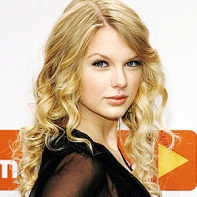 My nightmare is now becoming a reality. Taylor Swift has been reportedly offered the role of Eponine in the upcoming feature musical, Les Miserables. I feel like my best friend has just driven his car through the front door of my house, damaging everything temporarily until I can fix the hole in my home. For the record, I absolutely love the Broadway production of Les Mis and when I heard that Tom Hooper (The King’s Speech, John Adams) was directing an adaptation of Les Mis, I couldn’t have been happier. Then to hear that the movie would include a cast of Hugh Jackman, Russell Crowe, Anne Hathaway, Helena Bonham Carter, etc. I got even more excited because those are not only very talented actors, but they can sing extremely well.

The path to the December 2012 release was looking very impressive until I read the headlines that Taylor Swift was offered the role of Eponine, beating out other actresses who auditioned like Lea Michele (Glee), Evan Rachel Wood (Across the Universe) and Scarlett Johansson. My initial reaction was a blur of expletives that my co-worker didn’t seem too fond of, but then my anger quickly turned into confusion. I cannot believe the idea that teen-idol Taylor Swift out-auditioned the other three actresses, whom all have acted and in my honest opinion, can sing significantly better than Taylor Swift. So what’s the deal? Were the casting directors thinking about how they could expand their viewership to the twelve-year-old girls who swoon over Swift? Would they sacrifice the potential of this highly anticipated musical just for a fan-base to flood the theaters? I’m guessing they would.

But enough of my ranting. Here are some other comments I’ve stumbled upon through my blog-surfing:

I think it is a terrible idea. I have seen the broadway musical a few times and would never see Taylor Swift in this role. Putting her in the role of Eponine actually deters me from seeing this film. Please, please, please reconsider an actress with the right voice and acting experience.

She can barely hit all the notes in her own songs. So for Taylor to even attempt to sing live on set the amazing songs of Les Mis is just not going to work and I don’t know what the hell casting and the director was thinking. Stunt casting at its worst.

You’ve GOT to be kidding. Out of all of the actresses who can sing, they pick Taylor Swift?! Her voice is too country, and her acting is dismal. There is no WAY she can pull off “On My Own” with the gusto and emotion needed for the role. I was going to pay to see this movie, but I think I’ll wait for it to come out on Netflix now. I’m disgusted.

This is a star-studded cast with incredible names attached and of ALL PEOPLE in the world, they want Taylor Swift?!?! *confused on so many levels*

She is going to destroy the role. And not in a good way.

Crank up the Auto-Tune.

Okay I’m I the only one who’s angry about this?? I love her but oh hell to the no. She beat Lea Michelle for the role??? No. Just no. She can not pull of that role if she died trying. :[ This is depressing.

And the comments go on and on and on. All I can hope for now is that Swift is too busy touring or writing another break-up song for her to actually devote a few months to the role. But I guess we’ll just have to wait and see. And even if Swift accepts the role, I still have faith in Tom Hooper to pull off the movie.

This entry was posted on Wednesday, January 11th, 2012 at 12:39 am and is filed under movies. You can follow any responses to this entry through the RSS 2.0 feed. You can leave a response, or trackback from your own site.